Skip to main content and our Accessibility Statement may be found in the footer of our website.
Back To Stories
{{CTAButtonText}}


In July 2017, Courtney Farley welcomed her first child, a baby girl, into the world under the care of Dr. Cecilia Stradtman at Brookwood Baptist Medical Center. As it typically goes for first-time parents, the initial couple weeks of parenthood were an emotional roller-coaster for the Farleys; below, Courtney says at one point she felt "utterly lost". Running low on sleep and fuel, the couple slowly began to navigate into their new normal, which included a difficult journey into the sometimes-not-so-wonderful world of breastfeeding.

Now, more than a year later, Courtney is a breastfeeding pro and here to help any struggling mamas out there who need some advice or a bit of encouragement.

Anyone who knows me well knows that breastfeeding was one of my biggest priorities after having my first daughter. Before having her, I had it in my mind that it would be wonderful and natural and (if I’m honest) easy.

Oh to be young and naïve.

Not to say it wasn’t all of those things eventually, but it certainly wasn't at first.

Immediately following my daughter’s birth at Brookwood Baptist Medical Center, a lactation consultant helped with my first latch and ensure all was well. Contrary to my preconceived notions, even though breastfeeding is the most natural, primal way to feed an infant, those little angels don’t always come out knowing how to do it. And I'll also say that I’m pretty sure the knowledge of breastfeeding doesn’t fall under the umbrella of “motherly instincts" either.

I was utterly lost, and I had no idea why. I had read all of the materials, attended the classes, and talked to my mom, and still was not prepared for the journey that was to come. My daughter would not latch correctly in the hospital, despite the efforts of every lactation consultant. The moment they would get her latched correctly, she would undo all of that hard work by an immediate thrust of her tongue. They checked for tongue-ties, lip ties, anything to indicate why she wouldn’t latch correctly. There was no explanation. And dear heavens, it was painful! Because of this horrible latch, we ended up having to supplement with donor milk while I was trained to pump.

After leaving the hospital, it was so hard. From pumping constantly, using nipple shields any time I wanted to pump, to weaning from the nipple shield, navigating a dairy intolerance, starting back to work, all while being a brand new mom and just trying to survive each day. In the beginning, it was anything but wonderful and natural and easy. However, little by little, she got better, and so did I. 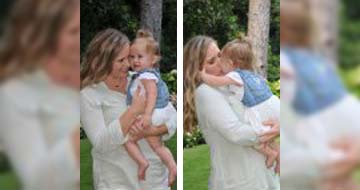 Now, I am so proud to say that I have been breastfeeding for 13 months and counting.

There were several things that helped us along our little journey, but I wanted to share some of my essential tips, tricks and products that helped make breastfeeding into the wonderful, natural and easy experience that it is today.

(I want to preface this list by saying that breastfeeding, like most things in motherhood, is completely unique to each person and each baby. No one journey will look the same. Hopefully these tips will be helpful to the majority of you!)

While this certainly isn’t an exhaustive list of everything needed for getting through life as a breastfeeding mommy, it really does touch on some of the most important things that helped me. Hopefully they will be helpful to you as well! Nurse on, mamas!