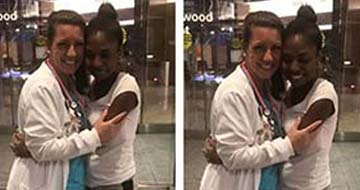 After losing their little boy in October of 2018 after an emergency C-section, Tanisha and Oscar Snell were blessed with their “rainbow baby” Hayah Elise on Sept. 23, 2019. The term “rainbow baby” is used for delivering a healthy newborn after previous infant loss.

Tanisha recalled how their first experience was such a difficult time, but she was able to make a connection with a nurse, who truly showcased what made Brookwood Baptist a special place.

“Jerrikka was my favorite nurse at Brookwood. She laughed with us, protected us, prayed with us, kept our babies while we visited Aaron Asher in his last moments, helped me walk, and overall, just took really good care of us,” Tanisha said. 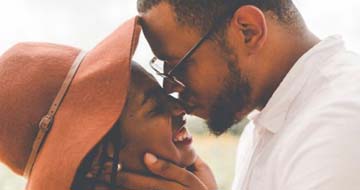 Though her OBGYN, Dr. Jack Freeman with Brookwood Baptist was out of town when she delivered unexpectedly, he returned the morning of her baby’s passing and Tanisha recalled him being really sad.

“It was like we were all walking the journey together,” she said.

When Tanisha delivered at 26 weeks, Aaron Asher was placed in the NICU and Dr. Vick DiCarlo, neonatologist with Brookwood Baptist, began care for their little one.

“Dr. DiCarlo was amazing, I don’t think he went home,” her husband, Oscar, said with a sense of amazement at his dedication. “Every time I went there to the NICU, he was there.” 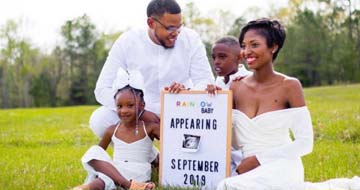 The Snells later learned that Aaron Asher had developed Neonatal Respiratory Distress (NRDS), which caused rapid, shallow breathing and a sharp pulling in of the chest below and between the ribs with each breath.

Tanisha shared another element that made Brookwood Baptist special for their family, “When his (Aaron Asher’s) heart monitor stopped, Dr. DiCarlo hugged my husband and they just wept together. A lot of doctors don’t do that,” she said.

During Tanisha’s time, she recalled that the nurses were so considerate to ask if she and her husband of nine years wanted to be moved to a different floor so they didn’t have hear the other babies crying. She shared that it meant so much to hear that they cared about all the little details to make their stay as best as possible. 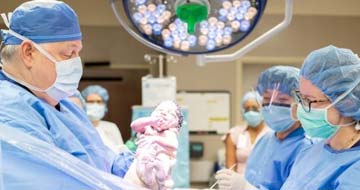 After a gloomy October, the Snells received more life-changing news just three months later that they were expecting a baby due in September of 2019!

“When we got here for delivery, they told us they had prayed for us,” Tanisha said. “I told them that’s so amazing because we had already prayed for them too. Taking care of people is a weighty thing. They are taking a life out of you, so I had to pray for them.”

On Sept. 23, the Snell family happily welcomed Hayah Elise, whose name means “I am God’s Promise”, to their family and shared they couldn’t be happier. 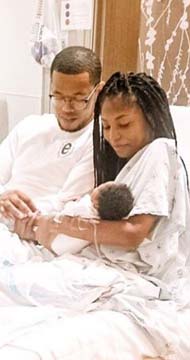 Tanisha said she was in awe of how everything went as planned and they even had a little fun with their two little ones (Keelan and Kadance) when Hayah arrived by making them little gift baskets and saying they were from Hayah.

“We got all their favorite things like chocolate milk, their favorite books and other things and gave it to them from Hayah,” she said. “It was just a small way to show love and make them smile.”

The children were also able to participate in Hayah first birthday party as a part of Brookwood’s Birth Day Box experience.

In addition to Dr. Freeman, Tanisha had to visit with Dr. Brian Brocato, maternal fetal medicine physician with Brookwood Baptist, for an additional ultrasound each month due to the nature of her previous pregnancy.

“There was a time when we had to stop going to Dr. Brocato’s office and we were sad because we wouldn’t be seeing them anymore,” Tanisha said. Oscar added, “It’s amazing how well this team works well together. They all come in very nice and very professional.”

Tanisha shared there were many things she appreciated about Dr. Freeman’s patient care including him being so informative and honest. 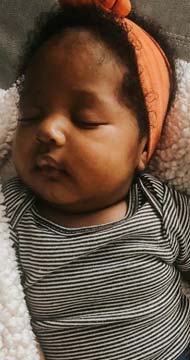 Tanisha and Oscar shared there were many things that made Brookwood special, but one conversation with Dr. Freeman really captured the thought that in addition to great care, it all comes down to caring people.

“When I got pregnant with Hayah, he asked me ‘are you afraid?’ and I responded, ‘yes and no’. He went on to say, ‘Well, I will be transparent, I don’t think I will be ok until about the third day baby’s at home and you call me and say she’s sleeping well,” Tanisha said.

Now, two months later, the Snell family report they are doing well and preparing to enjoy the Christmas season with family and friends including their newest addition, their rainbow baby Hayah Elise.

“From the nurse doing Hayah’s footprints in rainbow colors instead of just black and white, to the lady who brought my food in every day that made us smile, to us sitting her with you hearing us share our story, everyone has been so kind and we are so grateful,” Tanisha said.