Skip to main content and our Accessibility Statement may be found in the footer of our website. 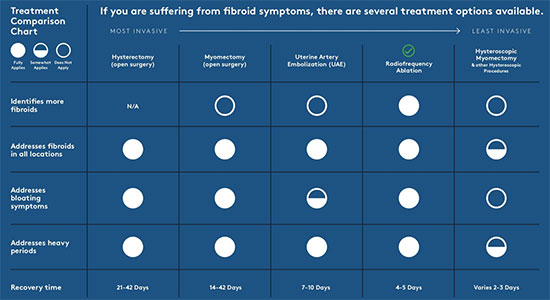 What are Uterine Fibroids?

Uterine fibroids are benign tumors that grow in or on the uterus. They are surprisingly common, occurring in 80 percent of women by the age of 50.

What Treatments Are Available?

What is the RFA Procedure?
Radiofrequency Ablation (RFA) is a minimally invasive treatment that does not surgically remove uterine fibroids, but shrinks them over time.

What are the Results & Benefits?